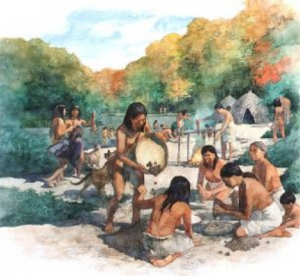 The Caveman Diet is one of the many names for the paleo diet, essentially biologically appropriate eating. The Caveman Diet, or paleo diet, is considered by many experts to be an effective answer for weight loss, improving health, increasing longevity, and optimizing fitness. Please visit my other pages, including What Is the Paleo Diet? and The Paleo Diet, to learn more about the Caveman Diet.

What the Heck Is the Difference?

I get asked a lot about the difference between the different types of diets, especially the difference between the paleo diet and the primal or caveman diet. There’s actually a lot of mixed information out there on the internet. As the diet has increased in popularity, many terms have cropped up all over the internet without a very clear distinction among them. With that being said, all I can say is that there are many different paleo diet templates, and I think you can look at the Caveman Diet, Primal Diet, and Stone Age Diet as variations of the paleo diet, based on eating the biologically appropriate stuff our ancestors ate.

The Caveman Diet and The Paleolithic Age 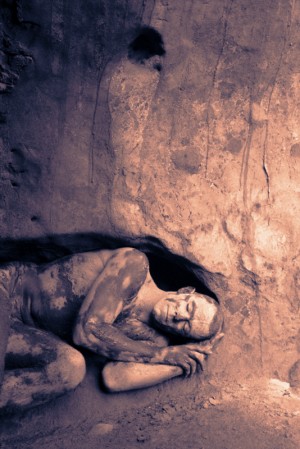 Now, the “Caveman Diet” is a bit of a misnomer, as there’s actually very little evidence that our forebears lived in caves.

The Caveman Diet is based on the diet of our ancestors living in the Paleolithic (Palaeolithic or Palæolithic) Age, Era or Period, a prehistoric period in our human history. It is noticeably distinguished by the development of the most primitive stone tools discovered and covers approximately 99% of human technological prehistory. During this era, humans would gather together in small societies and survived by gathering plants and hunting or scavenging wild animals. This was about 2.5 million ago up to only about 20,000 years ago.

Simply put, the Caveman Diet is comprised of the foods hunter-gatherers ate: lots of fats, moderate amounts of animal protein, a low to moderate amount of carbohydrates.

Please visit my other pages, especially What Is the Paleo Diet? and The Paleo Diet to learn more about the paleo eating templates, which you can use to help you on the Caveman Diet, Stone Age Diet, Ancestral Diet—whatever you want to call it!

Gastroenterologist Walter L. Voegtlin suggested the diet similar to that of the Paleolithic era would improve a person’s health. In 1975, he self-published The Stone Age Diet: Based on In-Depth Studies of Human Ecology and the Diet of Man. The basis was that humans are carnivorous animals and that the ancestral paleo diet, that of a carnivore—chiefly fats and protein, with only small amounts of carbohydrates—is most suitable for modern humans.

Look at my resources below for more information on this subject. I hope I’ve cleared some things up for you!

I hope this page has been helpful. If you have any questions or suggestions just email me at Tina (at) Paleomazing.com.