In my previous blog, I had written up “part one” of my interview series with the one and only Nick Van Nordheim of Full Circle Ghee. He shared with us what makes his ghee so amazing and flavorful, and informed us on some of the processes he uses to make it. If you read the previous blog, you already know how big of a fan I am of this ghee, and how often I incorporate it into my recipes. Being that it fits in with the paleo diet, and has many health benefits, I find this is the perfect ingredient to use! It was a real treat to hear from Nick. Read on for “part two” of my interview and see what he and his company are all about!

Nick’s path has been one of passion and interest in the way our ancestors lived. He was introduced to the principles of Ancestral Cuisine through a close friend and was fascinated with how the process of cooking the ideal meal was something more akin to what our ancestors ate rather than the artificial, sugar laden, and fat phobic food that he had grown up with. He became enthralled with the methods and principles that our ancestral relatives used when cooking to abate disease and nourish themselves. This led Nick down the path of fermentation, and seeking out, or reproducing, those products that were included in their diet. He really focused on the idea of fat and how something so natural was demonized in the American diet, as opposed to the highly processed and nutrient void fats that we were all told were “better” for us. He shared that he, “honestly could not wrap my mind around a product like butter and milk being worse for us than canola oil, which undergoes intense chemical and mechanical processes to be produced”. To him, it seemed dubious at best, and nefarious at worst. This suspicion is exactly what led him to really dive into traditional fats and their methods of production, from how the animals were raised, to how the fat was processed or created. Being the son of a vegetarian, he always opted for the fats that reduced harm to animals, which eventually led him to ghee. He added, “I truly think the path found me, and not that I found it”! 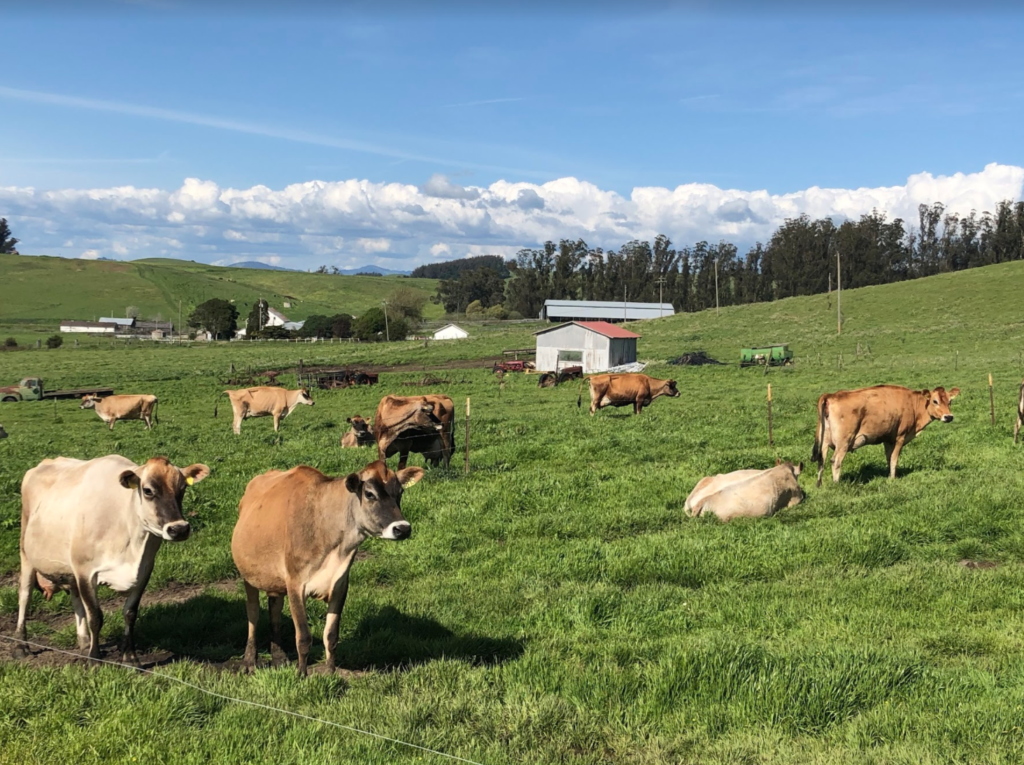 Once again, we have some Q & A’s to follow where Nick has been so gracious to answer some common questions that he receives. Really a great read to find out more about his truly awesome products!

A:        The Browned Butter is a traditional French product called Beurre Noisette. What differs from the traditional product and mine is the way I produce it. Traditional Browned Butter is made to include the burnt milk solids as a method for to get more flavor into it. I produce the same product but by way of a ghee-type method in which I cook down and filter out all the remaining milk solids (proteins and sugars) leaving just the oil that has all the nutrient benefits and flavor of the original. It is made from the same butter that I use to produce our original ghee, but has a little more care involved to increase the toasted nut flavors as well as removing all of the milk and its major allergens. So, it is in fact dairy-free! I love to use this when I want just that little bit extra flavor and depth in my cooking and baking.

Q:        You have a serious passion for your work, and it most definitely shows through. What is it that inspires you to create your products in the way that you do?

A:        With all of the Ghee I produce, I try and look back into culinary and cultural history for my inspiration. In my own nutrition education, I found that looking back to our ancestors provided much more satisfactory ingredients and flavors that did not include mass production, excess sugars, and all-around artificial components. My journey through ancestral cooking led me to this glorious Browned Butter and the flavors that came from a completely natural process of heating butter and letting the intrinsic flavors come through. I loved that such a simple product like butter could be changed into something so magnificent and have such depth! In my own trials I found that this product was basically the same as Ghee, which I had already fallen in love with. I started to make the Browned Butter in its traditional manner with keeping the milk solids, but I decided to put it through my filtering process to make sure that they were not included, and I honestly don’t miss the milk solids as all the flavor is in the fat!!

Q:        Anyone who has tried your flavored ghee must also experience that perfect harmony of flavors coming across their palate. Where did you get the idea of incorporating a variety of different spices?

A:        Keeping this same principle of ancestral cooking in mind, I really looked into more cultural uses of Ghee, in its many forms. Ghee does come from India, but there are many cultures that use the same product made in a slightly different way. For instance, I found that in Ethiopia they make a product called Niter Qibbeh, which roughly translates to, “Spiced Butter.” In the Ethiopian equivalent of making ghee, they introduce spices into the pot to flavor it with whatever they put in there. Traditionally, they use a mixture of spices, herbs, and aromatics but for mine I chose to go the route of an Indian curry blend. In my opinion, the spices and herbs used in Niter Qibbeh were not really known as a flavor profile in our region of Southern California and I wanted to produce something that was similar in process but was something that was more relatable outside of the cultural context. Although the spiced ghee I produce is called “Ethiopian Spiced” it is more reminiscent of a curry flavor that is more recognizable, but I use the name to condone its origins and provenance. In Ethiopia, as in India, ghee is typically produced in the home and has varying tastes from whomever is making the product. Some people may like a little more ginger zing, some may like a little more of the meat cumin flavor, but overall it is the same product. I felt that I could use the same method with my own custom blend to resemble something that everyone could understand when tasting.

I used this same method when I decided to make another flavor, and I landed on the Mediterranean region. In this area, the use of herbs is more common and the Italian Herbed was born to reflect the use of the native herbs and flavors that are common in the cuisine found there. Made in the same process, but with a different flavor profile, I was able to create the Italian Herbed Ghee and produce a flavor that just screams Garlic bread seasoning and pizza! As for other flavors, I have a few ideas, but nothing really concrete as there are a lot of flavors to choose from, but some just don’t do so well heated and are really volatile. I really have a lot to say about ghee and how I came to find such a beautiful product!

Thank you so much Nick for shedding some light on your ghee. Your dedication and passion for your ghee is so refreshing, and I can definitely taste the love and care that goes into your creations.