Traditions and Meaning of Halloween | Paleomazing

As with many holidays, Halloween is a celebration that has evolved over time and is based on not one but many festivals and religious celebrations. I have learned of many traditions and where they may have originated and it really fascinates me and may do the same for you! Take a little break right now from your busy day to enjoy good food, family and have some fun learning a little bit about what this day means. Enjoy a mug of something warm and a few treats and read on!

Samhain (pronounced sow-in) was an ancient Celtic festival that is 2,000 years old. The Celts celebrated their new year on November 1st. This was the beginning of their harvest and of the dark winter that lied ahead. The Celts believed that during this time there was a blurring of worlds between the living and the dead. It was believed that ghosts returned to Earth on October the 31st and tormented and destroyed crops! During Samhain festivals, the Celts would dress up in costumes made of animal heads and skins! Sounds familiar, right!?

When the Romans came in, they combined their own festivals with that of the Celts’ Samhain. This included a Roman harvest festival celebration which honors Pamona, goddess of fruit trees. This might explain the tradition of bobbing for apples! Now if bobbing for apples isn’t your thing, you can create your own traditions in Pamona’s honor with a delicious paleo apple pie. Yum and hint-hint! 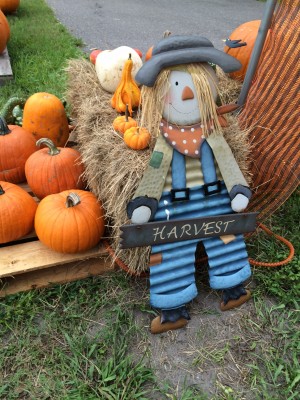 I’m sure you are familiar with the term All Hallows Eve. But what precisely does that mean? Well, as I mentioned, there are many different evolutions and many different influences on the holiday. After the Romans, Christianity came in and left its own stamp on the holiday. That’s right! November 2nd became All Saints Day to honor the dead with parades, bonfires and costumes of devils, angels and saints. This was also known as All-Hallows and the night before was, you guessed it, All-Hallows Eve, which became Halloween!

Finally, later in America, a tradition of mischief-making developed on this day and people would dress up and go a-knocking to ask their neighbors for food and money. The trick-or-treat tradition was born!

This holiday, enjoy your friends and family and the fun and merriment of the night and share a little bit of this Halloween history with others.

Have fun and Happy Halloween!